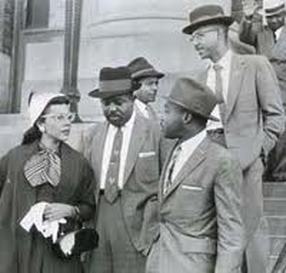 Mayor W.A. Gayle
The roots of the bus boycott began years prior to Parks’ arrest. The Jim Crow practices on the Montgomery city buses caught the attention of a group of black professionals known as, the Women’s Political Council (WPC). On March 1954, a meeting with Mayor W.A. Gayle and the council’s members outlined changes they sought out for Montgomery’s bus system. This outline entailed the following:  no one standing over empty seats; a decree that black individuals not be made to pay at the front of the bus and enter from the rear; and a policy that would require buses to stop at every corner in black residential areas, as they did in white communities. Sadly, the meeting failed to change anything that they outlined, leading WPC president Jo Ann Robinson to send a letter to Mayor Gayle of their requests. 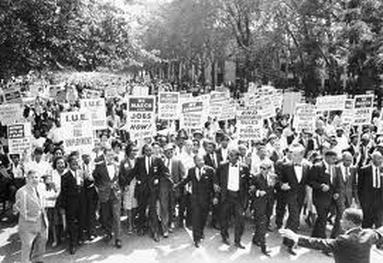 Exactly one year after the WPC’s meeting with Mayor Gayle, 15 year old Claudette Colvin was arrested for challenging segregation on a Montgomery bus. Seven months later, 18 year old Mary Louise Smith was arrested for refusing to give her seat up to a white passenger. The most important arrest however, took place on December 1st 1955. The arrest of 42 year old Rosa Parks set the plans of the Montgomery bus boycott in motion. The WPC called for a one day protest of the city buses on December 5th 1955. This was publicized at Dexter Avenue Baptist Church by black ministers and leaders. The protest unexpectedly received publicity in newspapers and on radio and television reports. On this day, 90% of Montgomery’s black citizens avoided the buses. During mass that night at Holt Street Baptist Church, the Montgomery Improvement Association (MIA) voted to extend the boycott. 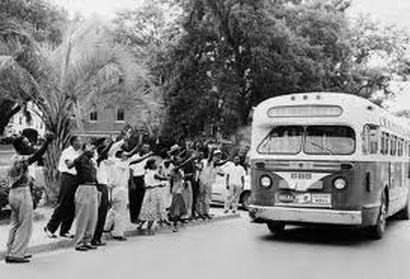 On December 8th 1955 the MIA issued a formal list of demands: courteous treatment by bus operators; first-come, first-served seating for all, with blacks seating from the rear and whites from the front; and black bus operators on predominately black routes. Unfortunately, the demands weren’t met. Montgomery’s black residents continued to stay off the buses through 1956, despite the city officials’ and white citizens’ efforts to end the boycott.

Early 1956, Martin Luther King Jr. and E.D. Nixon’s homes were bombed. February 1956, city officials obtained injunctions against the boycott. This indicted 80+ boycott leaders under a 1921 law that prohibited conspiracies that interfered with lawful businesses. King was tried and convicted, being ordered to pay $500 or serve 386 days in jail (State of Alabama v. Martin Luther King Jr.). The boycott continued on through the setbacks. 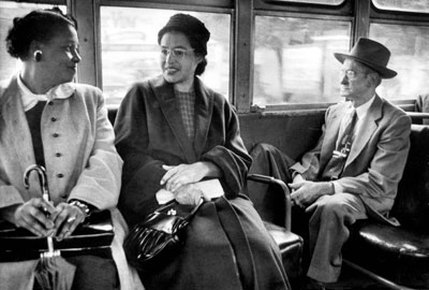 Martin Luther King Jr.’s trial gained the support of many people outside of Montgomery. Veteran pacifists visited Montgomery, giving him advice on Gandhian techniques of nonviolence, regarding American race relations. Rustin, Ella Baker, and Stanley Levison founded "In Friendship" which raised funds in the North for southern civil rights efforts. This included the bus boycott.

June 5th 1956, the federal district court ruled Browder v. Gayle unconstitutional. On November 1956, the U.S. Supreme Court affirmed Browder v. Gayle and repealed the laws that segregated seating on public buses. King called for an end of the boycott on December 20th 1956 in which the community agreed.
Powered by